I’m a security / software engineer at Facebook. I have a strong passion for working on too many projects at the same time. This is not a problem I plan on fixing. 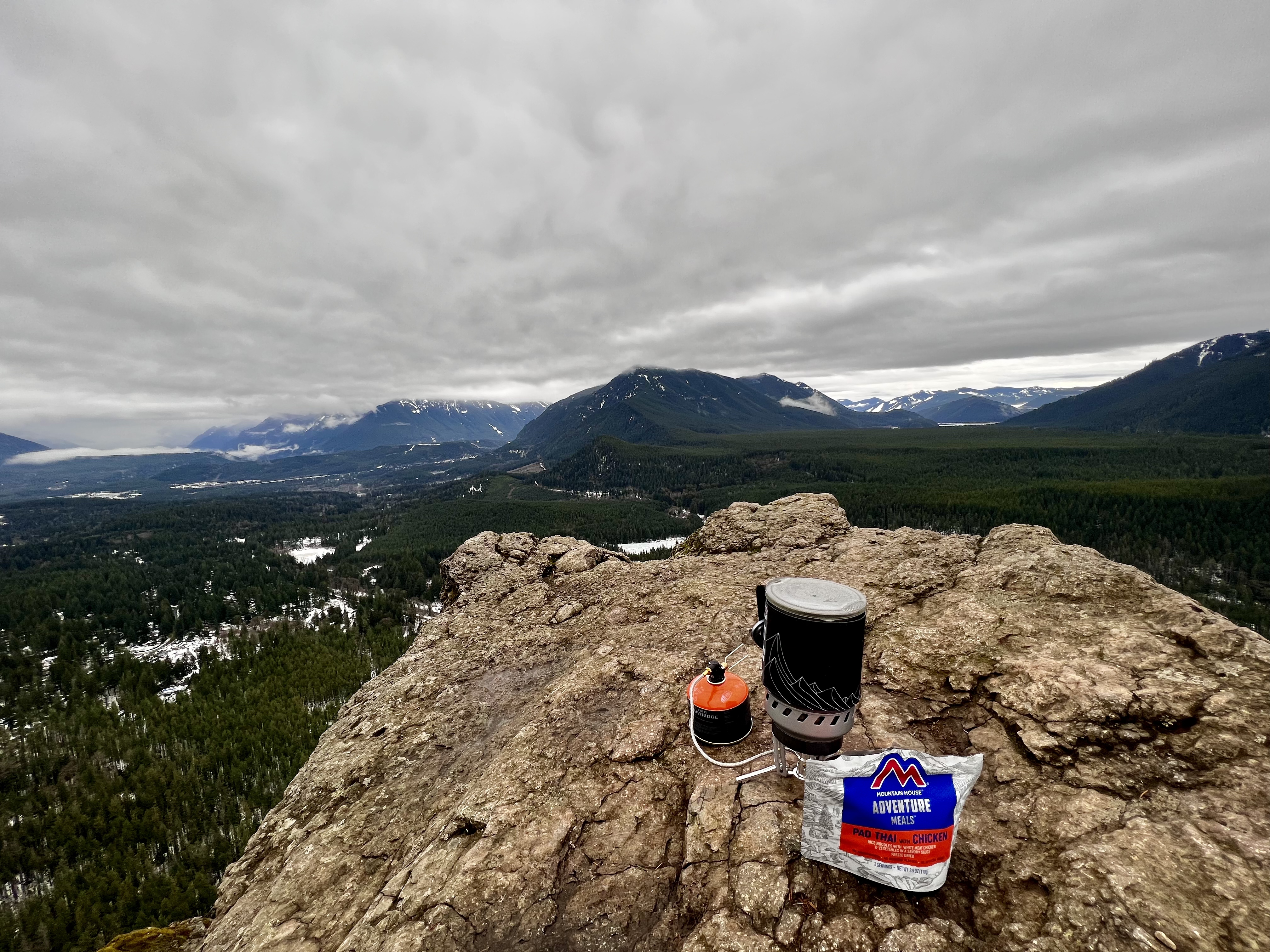 This is mostly a note-to-self. I thought it would be useful to make this easily accessible (and now it lives on my website)

Freeze dried meals aren’t very difficult to make. The challenge is finding the ones that taste good. Once you do, making them is easy. You boil some water on a backpacking stove (MSR Windburner), pour some boiling water into the meal bag, mix, and wait. There’s an officially recommended amount of water to use for each meal on the side of the bag. I’ve tried a bunch of meals; sometimes the suggested water to food ratio seems wildly off.

Here are the meals I like, and how much water I use for them:

While I’m on the topic of backpacking meals: Kuju pour-over coffee is awesome. One pour-over packet makes ~8-12oz of coffee. The Yeti Rambler 14oz mugs are normally my “indestructible mug” of choice, but they are a bit too wide for the coffee packet to sit nicely on. A mug with a smaller opening would do a better job. I haven’t wanted to buy a different mug, so I just make sure it doesn’t fall in by holding it. It would be super cool to not have to do that though.

You May Also Enjoy

Launching Apps from the macOS Terminal